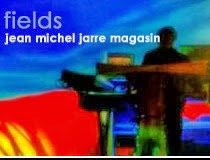 
French artist Michel Granger is probably best known as the creator of five of Jarre's most fascinating album covers, namely Oxygene, Equinoxe, Rendez Vous, Chronologie and Oxygene 7-13. In December 2007, Magnetic Field editors Signe Zacchi and Henrik Gilvad visited him in his studio and talked to him about his collaborations with Jarre and his other projects.

Magnetic Fields: What are your main sources of inspiration?

Michel Granger:
I have several, but the Earth has always been one of my main sources of inspiration - I have worked a lot with this theme. Apart from that, I have always found great inspiration when travelling, reading and watching everyday life in the streets - the simple life of normal people. I started using the Earth as a main theme a long time ago. The first drawings were published in the press in 1970.

Painting the Earth actually provided a global aspect to my art. It did not only refer to France, but everyone could relate to this global theme - even Martians. The idea was to show that what occupies us is a global matter and it turned out to be true. A couple of years ago we were told that if something happens with the South Pole, this would influence us all. Even though I am not a scientist it seemed obvious to me that if you have a splinter in your foot, you cannot walk, even if you are a giant.

I believe that whatever happens in, say, South America or Asia also has an impact on us - in an abstract sense, of course. I have worked with the theme of the Earth using the social, humanitarian and the political aspects, which also enabled me to voice my opinion a bit. Primarily, I like to show the life of the ordinary human being in our culture. I use my work to describe the issues and problems we deal with in our part of the world, which are different from those in Asia or Africa and that I am unable to cover through my art. 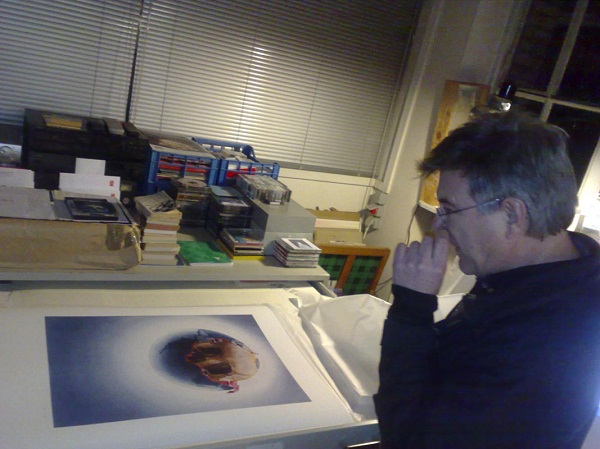 MF: What is the story about the painting "Oxygene"?

MG: The painting originally was a small aquarelle and was shown at one of my first exhibitions in Paris, at a gallery in 1976 - the same year as the release of Jarre's music. The actual painting is from 1973. Charlotte Rampling bought it and gave it to Jarre, who thought it would be ideal as a cover for his album. He came to visit me and that was the start of it all.

MF: The Oxygene cover is a statement about the environment and how people treat it in a terrible Manner. What options does an artist have to influence the environmental debate?

MG: In my latest book I wrote: We Should not kill the Earth, because we would not know where to bury it. I believe that an artist can do everything and nothing to influence the debate. Nothing because we - the artists - are impotent, we have no power. Everything because these last couple of years I have realized, when meeting people who worked with ecology - like Cousteau and Yann Arthus-Bertrand - that an artist can express himself in a way That the scientist can not. These people are spokesmen and have a special language That is not necessarily easy to understand, but an artist can express himself in a simpler Manner on the basis of what we learn from the scientists. An artist uses images to express his views, Whereas a scientist works with numbers and calculation. This is where our role is important - through pictures, music, movies, songs, words and literature.

FM: What means do you think it takes to Encourage normal people and politicians to take part in the debate?

MG: Information! People, meaning us, are not stupid, but we need the scientists to inform us of the state of the Earth. They can tell us the North Pole is melting, but how do I actually know - I have not been there.

MF: How did you work with Jean Michel Jarre on the covers of his albums? Did he choose them from already existing paintings or did he order them?

MG: The first one he chose from an existing painting. The second album cover, Equinoxe, had different titles as Venus and dry Transitor - Jean Michel had a long list of titles and he always come up with new titles - I was a bit lost, though.

Actually, Equinoxe was an already existing painting. We had gone through a whole series of paintings without finding the right one. One day I went to his house and projected it on the wall and Jarre said: this is the one and he was the one who came up with the final title as well. The third one was Rendez Vous which was actually made in two versions. The first one is my version, but Jarre asked me to do a second one, a red version, because the American publisher wanted a different version. I went along with it, but today I think I should not have - I prefer the first version. I reworked it together with the publisher and Jarre approved it. He knows what he wants with his work and is always very clear about it. If he disagrees it is no use arguing with him. Every time I have worked with him, we have spent hours on the phone, back and forth to his home. He calls at night sometimes when we are in the middle of a process. 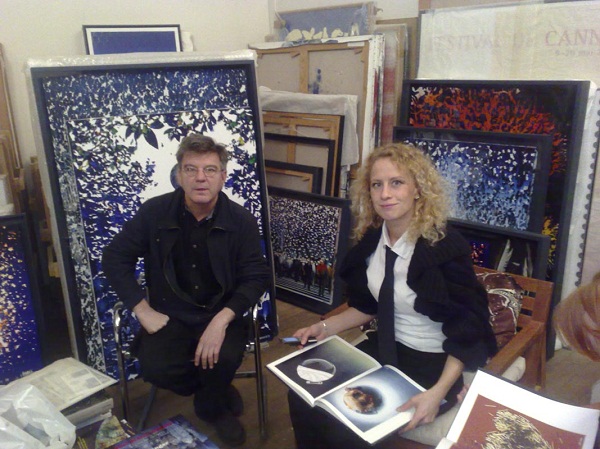 MF: If you could chose to do the cover of an album of any artist, which would you choose?

MG: I definitely prefer World Music. There are lots of artist I would like to work with, such as the Pakistini Nusrat Fateh Ali Khan, Ali Fakar Toure and Soeur Marie Keyrouz, who actually sings religious songs. I do not care that it’s religious, but I have noticed that when I work while listening to it I get more focused in my work. I have been asked by a lot of people who make music in the same style as Jean Michel Jarre to make a cover, but I have always turned down the offers out of respect for Jarre. I would not want my art to cause people to mix-up Jarre's music with other music. I have sometimes made works of art for songs, but always for music that did not resemble that of Jarre. I believe that is a normal thing to do.

MF: What are your current and future projects?

MG: My new book, “Sens Dessus Dessous - Upside Down” has been in the shops for three weeks now. This book is in fact a way to move away from the theme of the Earth. I might start working with it again in three - four years time. Apart from that I have a series of projects involving photos that I have had prepared in large format and then I am making an identical painting that should be placed next to the photo. I have also made a movie that can be viewed


For more information on Michel Granger go to www.granger-michel.com

"WALKING UPSIDE DOWN IN THE SKY...
Between the satellites passing by...
I'm looking...
I'm looking for my dreams...
Smoking some golden beams...
Gliding along the black rainbow...
I fly away...with my shadow...
While...
Scratching the moon like a DJ...
The night follows...it's odyssey...
Phase 1.

WALKING UPSIDE DOWN IN THE SKY"

Just videos of and about the living legend Jean Michel Jarre here.

"Officially, feel free to film, edit, play, perform, anything around my work, as long as it's fair...It's cool with me. It's OK with me."

All works are for fans of Jean Michel Jarre.

The main purpose of this blog is the dissemination wonderful music of Jean Michel Jarre.

THANK YOU SO MUCH FOR VISITING MY BLOG :)

The total number of page views

Jean Michel Jarre first came to international fame with his number one hit album, « OXYGENE » which went on to sell over 18 million copies worldwide.

A pioneer in his field, Jarre has largely contributed to the fastest growing musical revolution of the 20th century, electronic music : conceiving music in terms of sounds rather than only in terms of notes, and thus allowing the composer to become his own craftsman.

Having followed formal studies of harmony and counterpoint at the Conservatoire de Paris, he was inspired to reinvent music at its core, with his own singular vision, deploying the technology and tools of his epoch.

Following through with his revolution in music, he also conceived a brand-new genre and format of concerts; breaking away from the traditional theatre and arena context, Jarre brought his music and vision outdoors to the masses. Often free and open-to-all, these stateof- the-art concert-spectaculars showcase the natural or urban environment in which they are performed -- a truly singular sonic and visual "land-art" event, conceived and performed on a unique scale for a one-off experience.

Most recently, Jean Michel Jarre embarked on his first ever world tour which has already taken him to over 30 countries with over 220 performances.

July 2011, HSH Prince Albert II of Monaco called upon Jean Michel Jarre to celebrate his Royal Wedding by creating and performing a concert-event in the Principality which was largely broadcast on television & Internet worldwide to an estimated audience of 3 billion.

The French musician has a dedicated ongoing engagement to the United Nations via UNESCO, as Ambassador and spokesperson for Environment and Education.

President of CISAC (DMT at the World Creators Summit 2013).